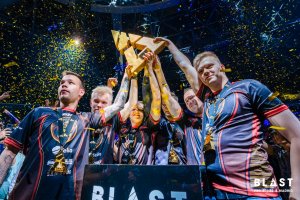 Who will come out on top in Texas?

We have expert betting advice for all the props offered

DreamHack Masters Dallas is set to take place May 28-June 2, and will see 16 teams battling it out to take home the biggest piece of the $250,000 prize pool. The event follows a bit different of a format that most CS:GO tournaments, but is sure to produce some top tier Counterstrike as many of the teams attending are in that Tier 1-2 range in the world of CS.

There are many different props being offered to bet on for DreamHack Masters Dallas, and we will take a look at all of them, but first we’ll start with the odds to win and reach the finals.

In the past few months we’ve seen a few teams other than Astralis winning trophies since they have more or less only attended Blast Pro Series events, and I think that one of those recent winners will be tasting victory once again in Dallas come June 2nd.

Liquid and ENCE have been placed as the highest seeds in Group A and Group B respectively, and will more than likely be the two teams that meet up in the finals come Sunday. Both teams have shown they can be truly dominant and they’ve had some spirited battles against each other dating back to the quarterfinals of IEM Katowice.

Now there are certainly other teams that could make it to the finals and potentially win in Dallas. A few that may be worth keeping an eye on would be NRG and Fnatic. Both teams have shown they can compete with the best of the best, most recently would be Fnatic finishing second at IEM Sydney to Liquid in a heated best-of-five series.

ENCE seem to excel when the pressure is on, whereas Liquid falter and usually end up taking home silver.

I would say the most likely matchup for the final would be Liquid/ENCE. Both are coming in having won events within the past month, and each team has their own system that they work to near perfection. As to who comes out on top, I would have to give it to ENCE. They just seem to excel when the pressure is on, whereas Liquid falter and usually end up taking home silver.

Both groups have solid teams that can catch fire and end up making a serious run at DreamHack Masters Dallas, but I would say that Group B may just be a little more powerful than Group A. Though it doesn’t really matter which group has more skill, all that matters when it comes down to it is which team will take the trophy when all is said and done.

Since I believe that ENCE will be the ones who end up taking home the ‘chip, I would have to give the edge to Group B in this prop. Though Liquid does stand a very good chance of winning, I think the Finns will get it done.

Out of the 16 teams that will be in attendance at DreamHack Masters Dallas, 8 of them will be representing Europe, which makes the odds for EU not as great as North America even though Liquid comes in as the favorite to win it all.

As I said earlier on, I think ENCE will be taking home the title in Dallas, and since they are all Finnish, EU is the choice I would make here. Also Liquid are very capable of winning here, so the fact NA offers a higher return may leave you with some thinking to do for this prop.

This prop is more or less a slam dunk. The least played map at DreamHack Masters Dallas will be Vertigo. It is the newest map in the competitive map pool, and is an absolute abomination of a map. It will probably be vetoed almost every series, as many pros that have spoken out about how garbage it truly is.

As for most played, I would have to look at two maps; Mirage and Inferno. I would give the edge to Mirage here as historically it ends up being the most played map at most events, and over the past six months it has been played about 75 more times than Inferno.

Most maps are fairly balanced when it comes to the Terrorist/Counter-Terrorist sides, but there are certainly some that favor one side more than the other. If I was to pick which map will showcase the highest win rate on the Terrorist side, I would take a look at Vertigo and Dust2.

Though Vertigo isn’t likely to be played very much, the T-Side is so easy to win compared to other maps. The fact it’s so new is the main factor as Valve hasn’t quite worked out a way to make it more balanced on both sides.

Dust2 is also relatively new as it was reworked and put back into the competitive pool less than a year ago. By this point it seems every team has worked out how it should be played, and the majority of the time the T-side is where you see teams winning most of their rounds.

Nuke and Train are maps where if you win 4-5 rounds on the T-Side you’re sitting in a good position to win the game.

As for the most CT-Sided maps, I would look at both Nuke and Train. Both are maps where if you win 4-5 rounds on the T-Side you’re sitting in a good position to win the game. If I was to offer an edge to one of the two though, I would pick Nuke, but Train is worth considering since its extra value.

This is a prop that I think offers pretty easy money, as the line is set fairly low for maps that will make it to overtime. I would take the over on this one personally as there will be a lot of best-of-three series played at DreamHack Masters Dallas, and the level of competition is fairly even across the board.

I would say the odds of seeing a 16-0 at DreamHack Masters Dallas is extremely low. Though the odds offered are very bad at -2000, I would not suggest taking the yes option.

It is so rare for a 16-0 to happen and given how close most of the teams are, aside from a few, I don’t think it’s very likely at all to happen throughout the tournament.